Did Jesus think of Israel as still suffering exile? Was part of his agenda the bringing to an end of Israel’s exile and the establishing of restoration as foretold in the prophets of old? These are some of the questions that Craig A. Evans wrestles with in a chapter titled “Aspects of Exile and Restoration in the Proclamation of Jesus and the Gospels” (found in the book Jesus in Context: Temple, Purity, and Restoration published by Brill). 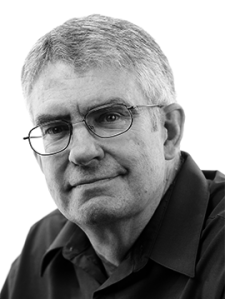 The chapter is fairly straightforward. Evans demonstrates (with plenty of examples from Second Temple literature) that many Jews during the intertestamental period considered themselves as still in exile. Although many Jews lived in the land again, nevertheless the fact that so many Jews remained in the diaspora indicated that the great in-gathering of Israel’s exiles had not happened. Exile continued. As for those who did live in the land of Israel, under Roman rule, they knew all to well that liberation from foreign oppressors had not obtained. They were still in exile awaiting national redemption. Further, Evans shows from the NT how this exile theology sheds light on many of Jesus’ words and actions. In the end he concludes, “Jesus identified himself and his mission with an oppressed Israel in need of redemption and that he himself was the agent of that redemption. He was the Danielic “son of man” to whom kingdom and authority were entrusted. He was the humble Davidic king of Zechariah’s vision who entered the Temple precincts and offered himself to the High Priest and took umbrage at Temple polity. And, of course, he was the eschatological herald of Second Isaiah who proclaimed the “gospel” of God’s reign and the new exodus. All of this suggests that, among other things, Jesus understood his message and ministry as the beginning of the end of Israel’s exile.” (293)

This is a stimulating topic that deserves careful study. Evans has done a great service by bringing together a host of texts from Second Temple literature and suggesting how they may contribute to our understanding of Jesus in his own context. Worth the read.