I just received my copy of God and the Faithfulness of Paul: A Critical Examination of the Pauline Theology of N.T. Wright, just released this month. 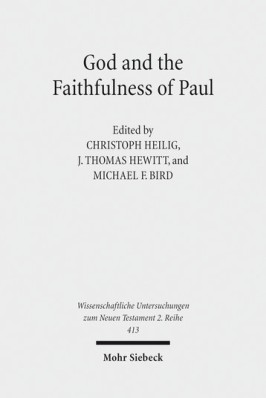 Last summer I read N.T. Wright’s magnum opus, Paul and the Faithfulness of God. I can safely say that it was the longest book I have ever read, cover to cover, by far: a whopping 1,519 pages of text. It was a big deal. And I am glad that I did. Since the purpose of this post is not to review Wright’s PFG suffice it to say that it has changed the way I read Paul’s letters; indeed, I have learned an enormous amount about the significance of the entire story line of Scripture from Genesis to Revelation, creation to new creation. Wright’s work is stimulating and thought-provoking in a way that increases my love for Holy Scripture and continually forces me to return to the text. 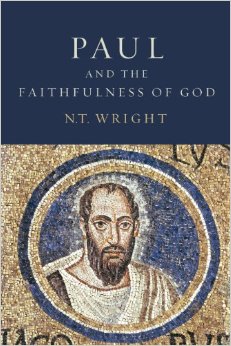 Wright’s work on Paul was monumental. Now I am super excited to begin reading this examination of his work from a group of international scholars. As stated in the introduction (page 6):

[T]his volume is neither a Festschrift nor a refutation, but something entirely different. It is perhaps best described as a conversation among those involved in biblical and theological scholarship as to the positive achievements, potential failings, matters requiring clarification, and future questions that Wright’s PFG elicits for his scholarly peers.

Click the following link to see the table of contents: God-and-the-Faithfulness-of-Paul.